A Crown of Gold for the House of Gold

A Crown of Gold for the House of Gold 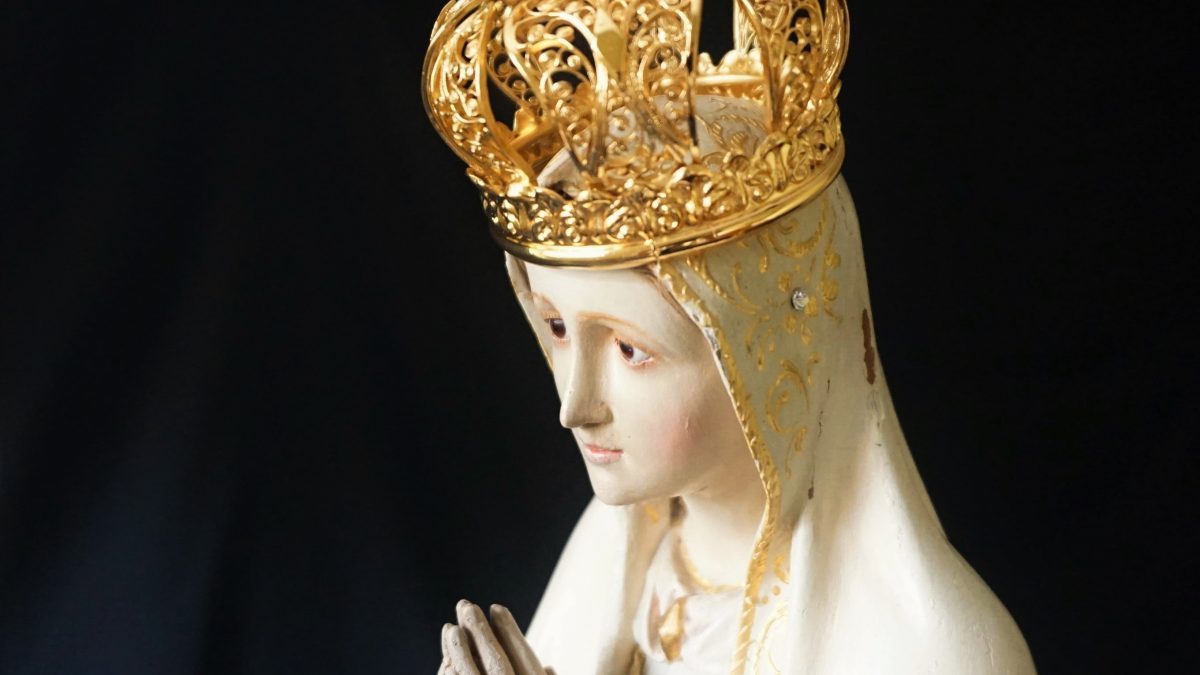 In the last decade of the 1590s, in gratitude to the Immaculate Conception for having spared them from an outbreak of smallpox, the people of Popayán in the Spanish Viceroyalty of New Granada offered her statue a golden crown encrusted with emeralds despoiled from the Incan Emperors. Reworked in the 17th and 18th centuries, the Crown of the Andes was carefully guarded by the Confraternity of the Immaculate Conception at the Cathedral of Popayán until the early 20th century, when it was sold to a syndicate of American businessmen to raise money for charity. The custom of offering fine jewelry to statues of Our Lady, once so emblematic of piety as to inspire popular song (the Job-like plaint “Vissi d’arte” from Puccini’s Tosca includes the line, “diedi gioielli della Madonna al manto”—“I gave jewels for Our Lady’s mantle”) today sounds prodigal to many ears, almost like breaking an alabaster box of spikenard over a man’s head.

Yet there are signs of a renewal of the custom. In March sacred artist Gwyneth Thompson-Briggs was asked to oversee the creation of a crown for a private statue of Our Lady of Fátima. The statue, hand-carved from cedar and inset with glass eyes and jewels, came to the United States from Switzerland. It stands a little over two feet tall.

Gwyneth began by researching various options. Most new ready-made crowns for religious statues are made of inexpensive metals with glass or plastic jewels and range in price from twenty to several hundred dollars. Antique crowns are superior in quality, but those that are easily accessible are usually costume, not fine, jewelry.

Fine ready-made, customizable, and custom crowns in precious metals are offered by a handful of liturgical arts companies like Granda. These, however, tend to be prohibitively expensive for private clients.

Another idea was three-dimensional printing. After digitally photographing an exemplar a scale replica could be manufactured and refined by a jeweler. After discussing this option with a local jeweler, Gwyneth advised against it because the level of detail achievable by 3D printing would be insufficient for such a small-scale work.

Gwyneth also reached out to The Sacred Art School in Florence, which maintains a goldsmithing department. Though the school was very accommodating, the distance, cost, and timeframe made their participation impracticable.

The solution came when Gwyneth contacted Theiss Plating, an old St. Louis family business, about reworking and gold-plating a vintage crown. Co-owner Tom Theiss suggested that building a new crown from vintage parts would produce better results. Gwyneth began combing online retailers for vintage bracelets and napkin rings, but ultimately all of the materials came from the Theiss shop.

Gwyneth brought Theiss the statue and a mock-up in paper in the size and style she had in mind. Together they examined appropriate samples of filigree. Gwyneth’s mock-up included a Holy Ghost medal to signify the spousal relationship between the Holy Ghost and the Blessed Virgin in the conception of the Incarnate Word. This reminded Theiss of the finial from a Torah scroll crown that he had on hand: a dove surmounting an orb surrounded by a low fence. Though Gwyneth and her client had originally envisioned a cross-and-orb finial, the provenance of Theiss’s dove convinced them of its appropriateness. The dove, a type of the Holy Ghost, that perched on Noah’s Ark, a type of the Ark of the Covenant, now perches on Our Lady, the Ark of the New Covenant.

A dove also surmounts the Holy Ghost crowns that are used in the Azorean Portuguese celebration of Pentecost. The custom of offering crowns to the Third Person of the Most Holy Trinity originated with St. Elizabeth of Portugal, who offered her crown as a token of gratitude for the sparing of her people from starvation by the miraculous arrival of ships on Pentecost Sunday. Referencing a Portuguese custom seemed especially appropriate for a statue of Our Lady of Fátima.

Theiss produced a prototype with the silver dove finial, silver filigree, and a brass base. Gwyneth requested a few modifications before gold-plating, and asked that the dove alone be left in silver.

Gwyneth hopes that the success of this project inspires others to follow she who “loved much” in lavishing the best we can offer on the King of the Universe and His Blessed Mother, Queen of Heaven and Empress of the Americas.